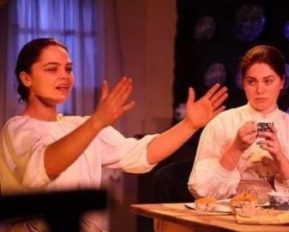 16 Sep My Story, part 3: Dancing from the Docks

Sometimes you have to travel a really long way, to end up right back where you belong.  Part three of my story is all about my journey through dance training, acting and fitness instruction. How I worked my butt off to win a place at the prestigious Royal Welsh College of Music and Drama, dreamed of a life in Hollywood, qualified in no less than twenty two different fitness programmes and then reconnected with an old friend who helped me start to make the idea for Turn’d Up Fitness a reality.

I believe that fate brings the right people into your life at the perfect time and this chapter proves it! Let’s pick up the story at the end of my first year at college in London, when I decided to audition for a place on a similar course in Swindon instead. It was the closest course I could find near home. For my audition I had to choreograph a piece, so I chose the song I’m Coming Out – Diana Ross. I wish I had a video of it, I would love to see what it was like now. It must have been good because I was offered a place! I was completely over the moon. 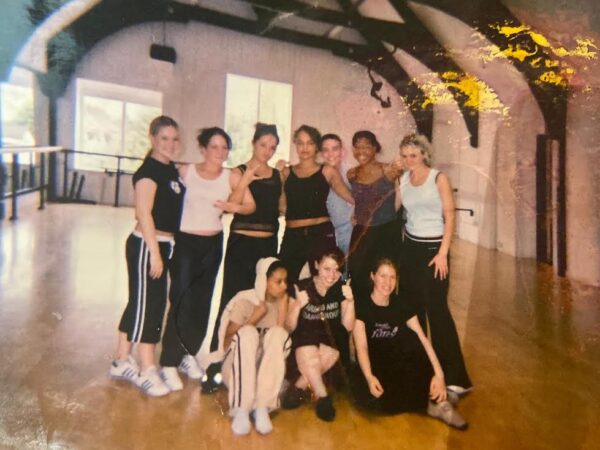 Soon I was commuting from Cardiff to Swindon every day. Half-way through my training that negative inner voice started up again. I was struggling financially with the train fares every day and my schedule was exhausting: to get the train in time for class, I’d have to get up at five-thirty AM and the journey was one hour each way. It was during this time I would put on my headphones and just listen to the beat of the music: hip-hop, reggae dance: this gave me the chance to build up a list of music which I loved. That list would eventually go on to form the basis of Turn’d Up.

I remember having to cycle to the station from my home in all weather conditions! Getting up at five-thirty AM was hard enough without looking out the window to see I’d be riding my bike to the station in the pouring rain. Those who know me, know I do NOT do mornings! For the first year, I did this without missing a single day. After my return journey I was working at a local Cardiff restaurant, working double shifts to get the cash to fund my train journeys for the following week.

As soon as I’d walk into college from the train (just a little bit late…) I would get this overwhelming feeling of excitement. I’d fling my bag down, whip my joggers off and throw myself into the warmup – Janet Jackson – The Best Things in Life are Free. Oh my God it gave me goose-bumps every single time. It was electric. 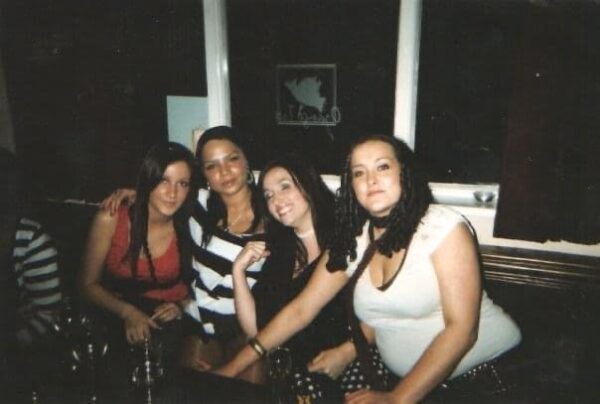 In my second year I bit the bullet and moved into a flat in Swindon. I felt more confident and couldn’t face that brutal commute anymore. To fund my life in Swindon I got a job in a pizza restaurant, which I loved, as I would always have fresh pizza to go home with. My diet was basically pizza and Redbull, topped up with fags! How things have changed now!

Those two years flew by so quickly. At the end of year show I got to perform again and I loved the rehearsal process and getting into costume. I was buzzing and I remember thinking, ‘I’m so glad I didn’t drop out when it was tough’. But I still had so much to learn.

After Swindon, I auditioned for The Royal Welsh College of Music and Drama. I hadn’t had any acting experience, but knew I loved performing. When I auditioned they said I was like ‘a rough diamond’. I was desperate to get in. I couldn’t wait to hear back from them. Eventually, I got a recall audition. That was a good sign. I felt hopeful but tried to keep myself grounded. They were taking ages to let me know if I was in or not.

Finally, I received a letter telling me that I had been put on the waiting list. Not exactly what I wanted, but it wasn’t a no; there was still hope. There were over a thousand to audition and from those they chose one hundred for the recalls. Of those hundred they then chose just ten boys and ten girls. 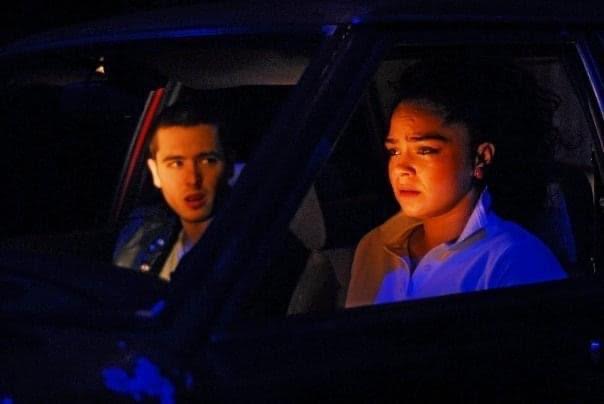 I remember phoning the college every week asking for an update. Finally, after months of waiting to hear, I was offered a place. I couldn’t believe it! I was another step closer to becoming J-Lo!! Haha. Drama school was just the best. I learnt so much. Every day I was pushed outside of my comfort zone and I loved it. I really began to blossom. I was told by my tutors that I was an instinctive actress and this meant the world to me. I would read the script and run with it, making it my own, whereas most actors would spend lots of time breaking the script down and planning it, repeating it word for word. 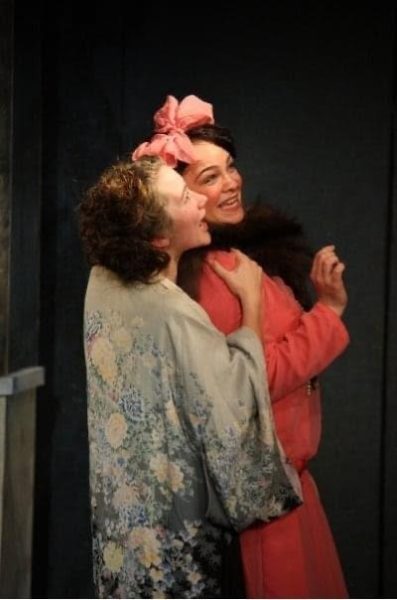 I’ve never been a planner. I like to go on impulse. I loved transforming into different characters. At the end of my training, one of the lecturers said, ‘Ten years from now, there will only be one or two of you still acting, because it’s so hard to get an acting job.’ Back then I couldn’t imagine myself doing anything else. I remember thinking,’Like hell would I give up!’ The dream was to move to LA and become a Hollywood actress and backing dancer for music videos. 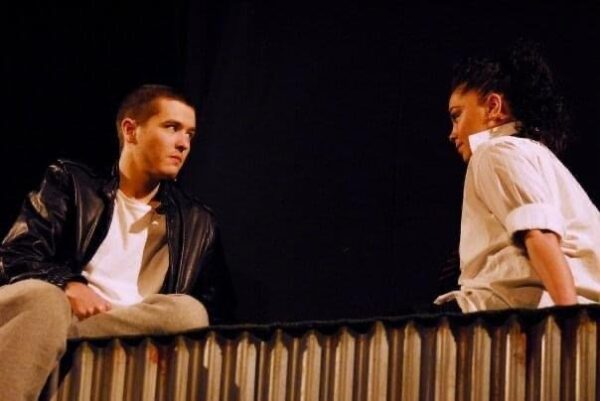 As soon as I started drama school I got really into fitness. I was attending group exercise classes all the time. As much as I loved drama school, I did miss dancing all day. My body was so used to the adrenaline rush, but fitness gave me the same kind of effect.

When I graduated, I was working with different theatre companies touring the UK. 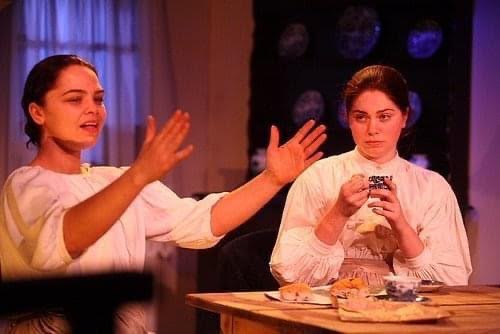 My acting work was on and off. So I did my exercise for music qualification and set up aerobics classes at my local church. I used to create strength and conditioning workouts to my favourite songs. I was teaching some group exercise classes at various gyms around Cardiff: I’d become obsessed with fitness.

I trained in twenty-two different fitness programmes. The more versatile I was, the more classes I could teach. I couldn’t bear getting a nine-to-five. When I wasn’t on tour with an acting job, I was running thirty classes a week. I loved it, but I still didn’t feel fulfilled. I was always waiting for my lucky break. I was going for good auditions all the time. I’d work so hard at prepping for them and then get disheartened when I didn’t get the part. 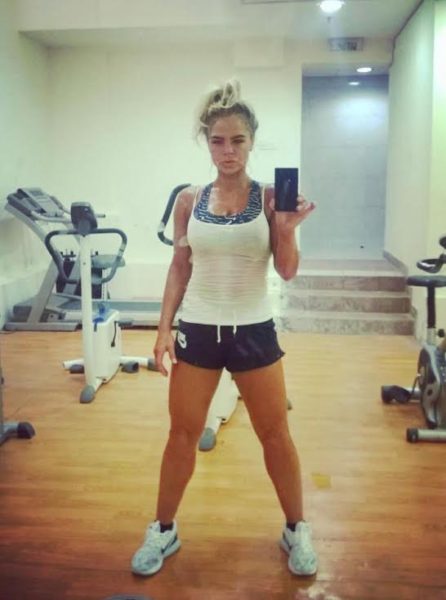 I’d also started to get bored of the fitness programmes I was teaching. I didn’t like the music I was being provided with. I wasn’t excited to learn the new releases. I’ve always been into R&B, dancehall and soca music; the music my dad brought home. I am a massive music lover. It speaks to my soul. There is something so powerful about music. It can heal you, uplift you, bring back memories. Excite you.

One day I was driving along and Rihanna came on the radio. I remember thinking, ‘Wow, what a sexy song!’ I thought, ‘How cool would a dance fitness class be to R&B?’ Then I thought it would be so good if I could work with a professional choreographer. Somebody who knows all the latest, coolest dance moves. Somebody who choreographs for music videos. I called up a few dance agencies. They asked me if I had a website and I was like … ehhh…

So I put an ad on the internet looking for choreographers. The next day I was teaching a Body Pump class and who should walk in but Leighton Wall. Leighton is a professional international dancer/choreographer. He is very versatile. I’ve known him all of my life. We are from the same area. It seemed life had come full-circle and I couldn’t believe I hadn’t immediately thought of him! I told him that I want to create a workout to R&B, Would he be interested in creating it with me? He said yes. 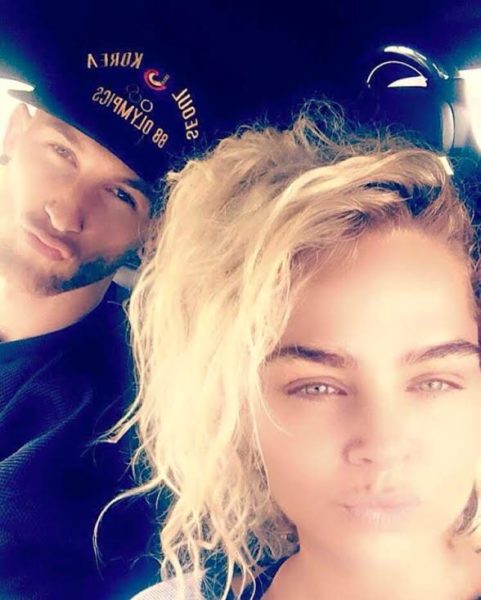 I thought about all the places I’d been; Rubicon, London, Swindon and back to Cardiff. I thought about how far I’d had to go, just to come back again. Then when I did come back, there was Leighton. He was happy to help me with my dream of a dance class that used the songs we loved. I knew then that other people would love it too. I just didn’t guess how much it was going to take off and how far we could take it…

Stay tuned for part four, the last part of my story (so far!). Let me know what you think of part three in the comments below. How far have you travelled to chase your dreams? I’d love to know…

Sorry, the comment form is closed at this time.